Buy cards & calendars for the holidays!

According to the Grand Canyon NPS website, they discourage hikers from going from one rim to the other in a single day. Obviously they are speaking from years of experience, an experience we witnessed on Saturday night! We started at 6:15 am on the 8,200 foot north rim where the early morning temperature was 26 degrees. Nine miles later, we had descended the 6,000 foot escarpment to the Bright Angel "Box" on the valley floor followed by another 5 miles to Phantom Ranch on the north bank of the erosive Colorado River. It was a warm mid-80s at the ranch and the Colorado was running strong from recent rains. After a quick lunch, we crossed narrow cable suspension pedestrian bridge to climb 5,000 back out of the mighty canyon. While it's only ten "as the crow flies" miles across the chasm, it's a total of 24 miles via the switchbacks, winding course, and elevation changes of the narrow trail. 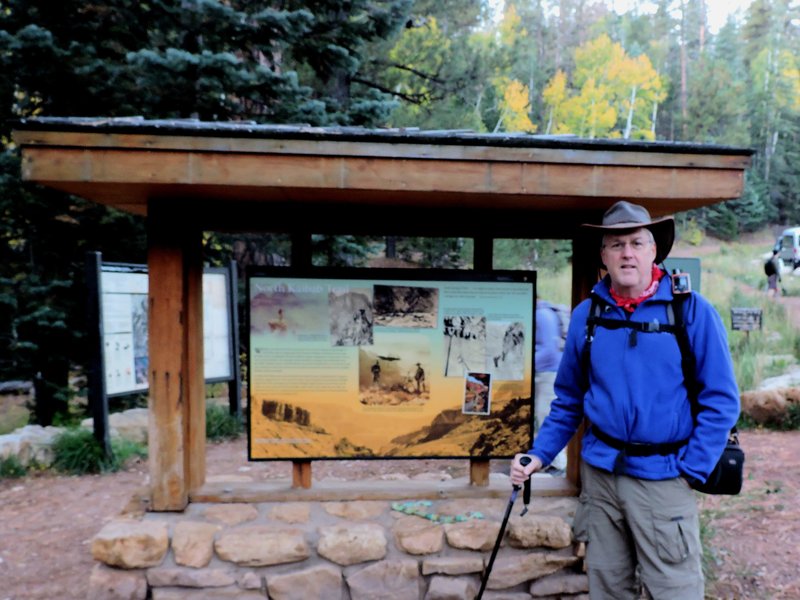 It's a tough, long hike for the best hikers and potentially catastrophic for the unprepared and unwise. A woman that I passed ultimately summited the rim with assistance but was taken away by ambulance. There are several heli pads located within the canyon as subtle reminders of its punishing terrain.

About 8 miles down from the steep north rim, my leg muscles started to protest, my feet ached, my toes were jammed, my knees complaining, and my right ankle swelled after torqueing it on a rock. When I stopped for lunch, I wasn't sure I'd be able to ever walk again! The options, however, were limited. I could summon SOS resources that would drain my bank, hijack a horse that would land me in jail, or suck it up and walk out. As tempting as helicopter ride or prison time was, I was decided my best option was to continue my path upwards.

I was finally able to stand erect with the assistance of my walking stick and slowly I was able to put one foot in front of the other. I painfully crossed the magnificent suspension bridge and steadily started my ascent! Fortunately, climbing up uses a different set of muscles than going down so my legs responded with a steady but mule-like gait. A spectator might have suspected a bad case of hemorrhoids but my awkward stride worked well enough to propel me forward.

The exit trail was steep with many step ups that punished my lower appendages even more but now it was a personal attack on my psyche! Was the canyon going to win or was I going to win? After refilling my water bottles one last time, I decided that I was not going to be defeated by crumbling geology and that if I stopped to rest my body it would simply go on strike! The remaining 4.5 miles was simply mind over matter - the most Neanderthal impulses overriding all accumulated physiological knowledge known to mankind. I was on a mission and I was not to be stopped! 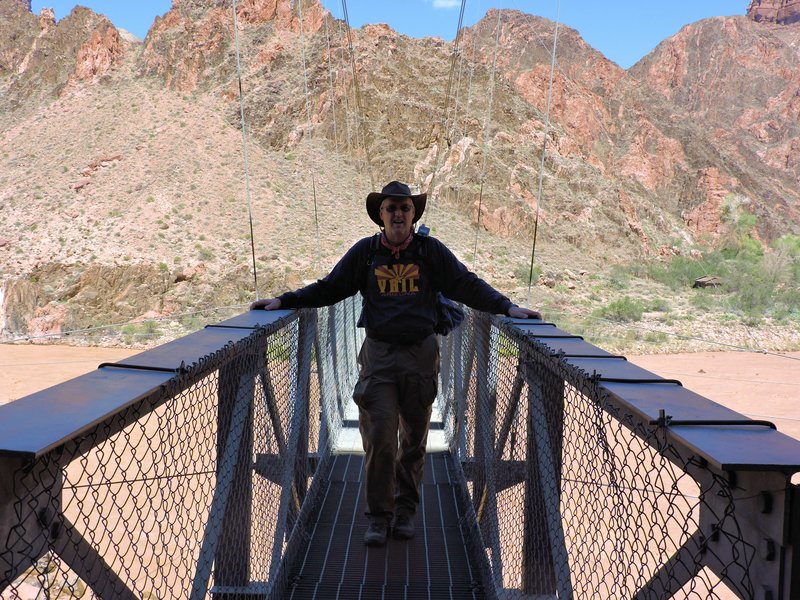 Doing the math as I walked and barring any system shutdown, I calculated that I'd reach the top around 5:30 pm, well before the 6:20 sunset. If pain is one motivator, darkness is another! I could see the rim above me but it seemed like it moved like a rainbow, forever changing its position to keep me from getting the pot of gold. While in the trance of my "rim" mirage, I was jolted back to reality with the periodic voice of angels cheering from above. It was either hikers giving up and doing triple axles from the nearest cliff or spectators rewarding the successful arrival of pained hikers.

As I went through the final tunnel and turned the last switchback, the voices of angels came into sight, sang my praises, and rewarded me with manna from heaven. I have never tasted a slice of ice cold watermelon as good as that piece was. I had summited the south rim and checked off another adventure from my bucket list!

Overall, I hiked 24 miles, descended 6,000 feet, ascended 5,000 feet, and did it in 11.5 hours. It was a far cry from my hiking speed from yesteryear but it was still over 2 mph which was my goal. I didn't come in first of my group but I didn't come in last either. I had defeated the National Park Service, the Grand Canyon, physical pain, and personal demons. I won and if my legs didn't hurt so much, I would have done a victory dance!

Special thanks to my Rim to Rim group! They kicked my heinie and they were awesome! 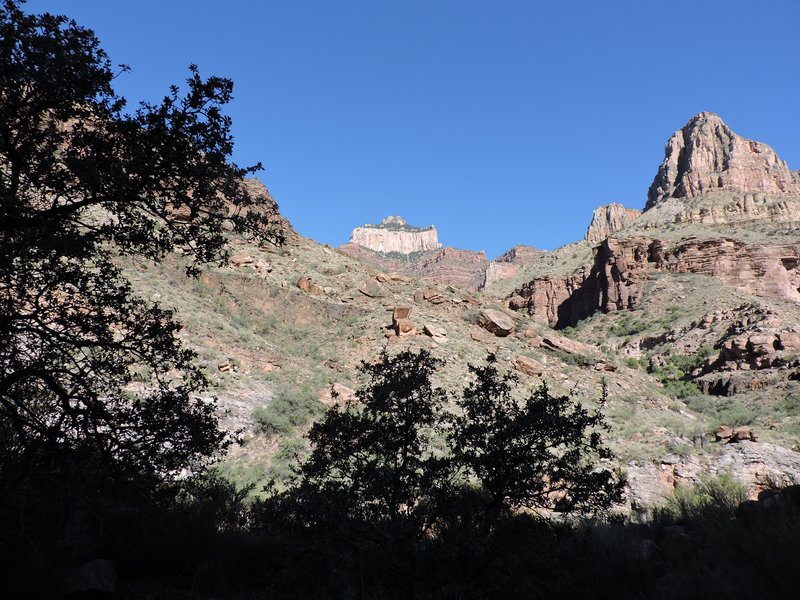 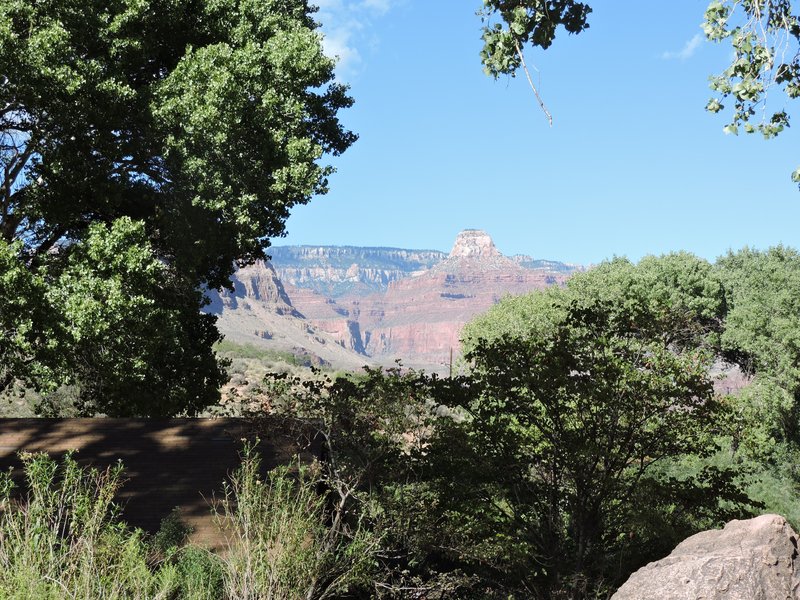 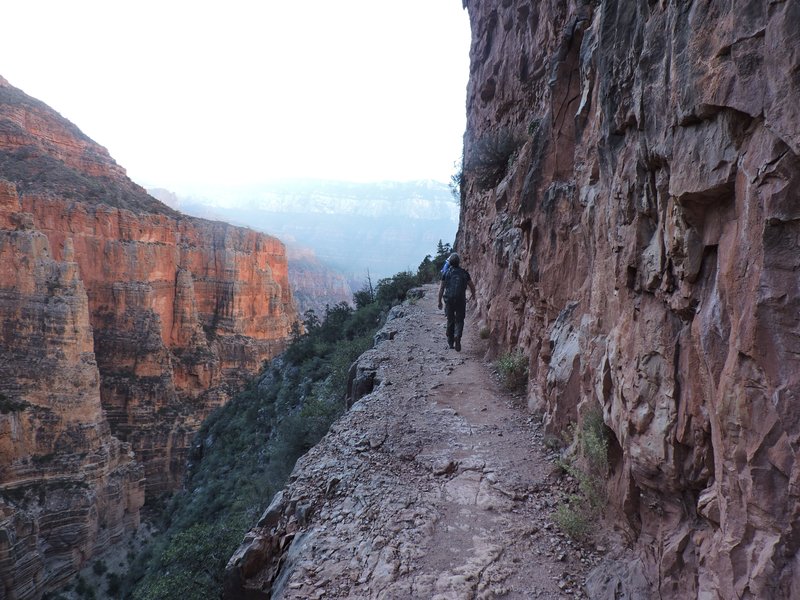